The A Team assemble.

A few years back (around 2001). I found a BA action figure in an op shop for 50c.  The other day I was driving along Brisbane Rd in Ipswich and I see what looks like the Tardis.
I must investigate I think to myself.  And forget until too late and I see a flash of blue.

Today I had some time to kill so I investigate and what do I find for $10? 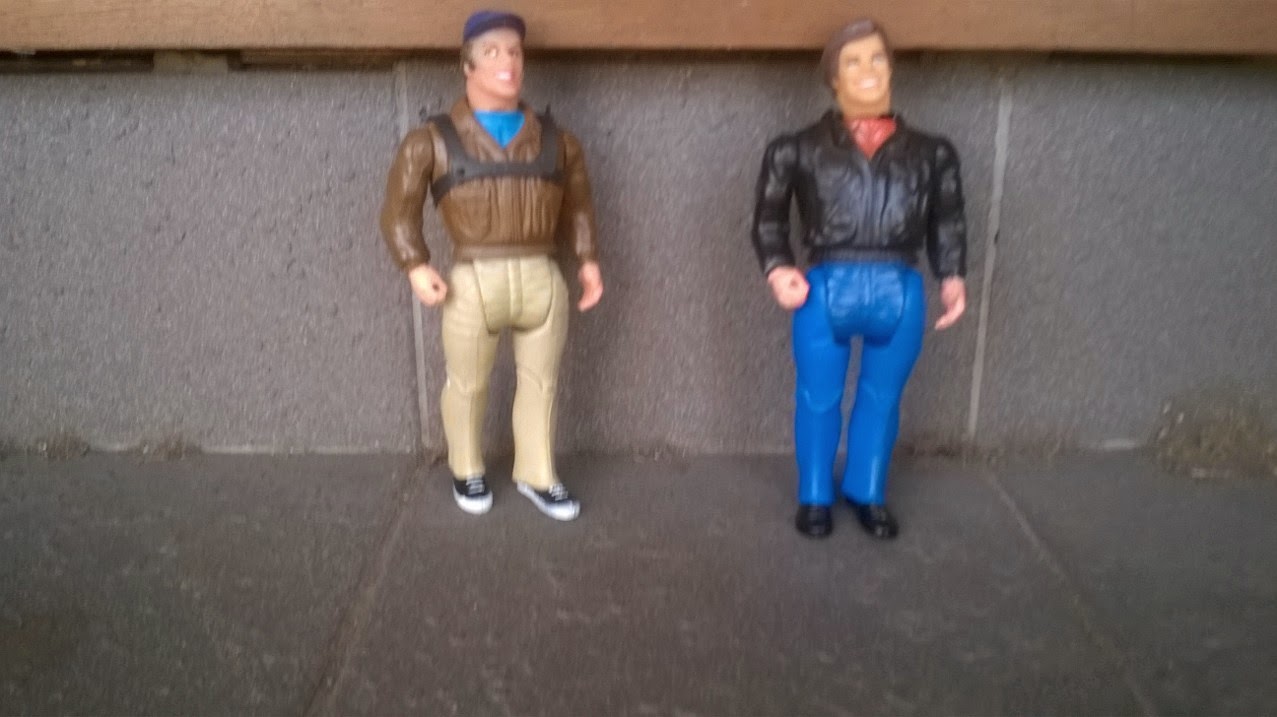 That's right Face and Murdock from the A Team. 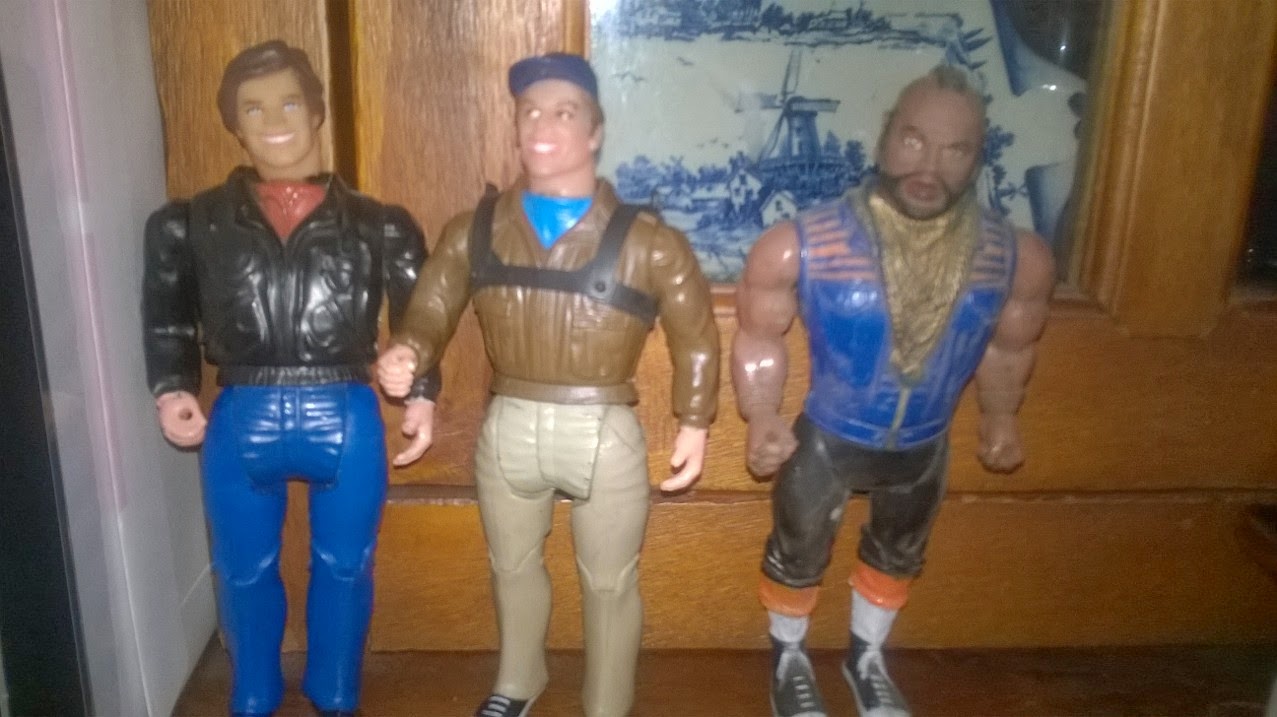 Here is the team so far.
My eldest daughter gave me the funniest look as I dance around singing "we're the A Team with all the back up we need." From the ad in the 80s
I knew there was a Hannibal figure but couldn't recall if Amy had a figure.  So off to the internet I go.
Turn out Amy never had a figure and I totally misremembered the lyrics of the ad.
Posted by Brad Mengel at 9:48 PM No comments:

Email ThisBlogThis!Share to TwitterShare to FacebookShare to Pinterest
Labels: TV

And the winners are...

Congratulations to all the winners.  It was an honour to be nominated.

UPDATE: if you missed this when it came out.  It is now available at Amazon as an ebook. 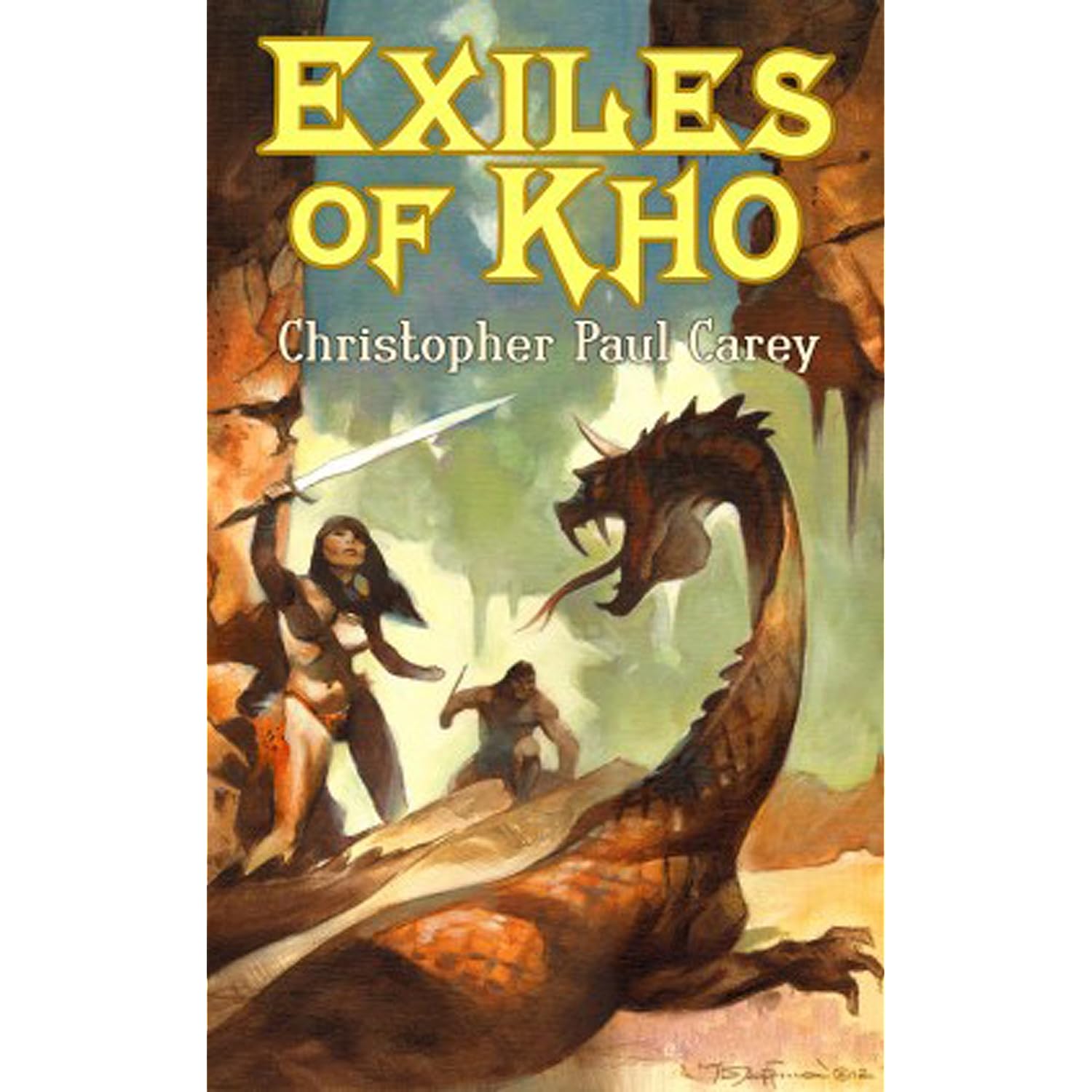 So I had seen the cover on-line with the notices that the book was coming and I thought “that’s a nice looking cover”. The package arrived; I opened it and the cover in breathtakingly beautiful. The pictures do not do it justice.
In a lot of ways I was reminded of the Daw SF books from the 1970’s like Hadon of Ancient Opar, and Flight to Opar by Philip Jose Farmer. Of course this is intentional as Christopher Carey completed the third book in the series The Song of Kwasin (All three books were published as Gods of Opar: Tales of Lost Khokarsa by Subterranean Press 2012) Exiles of Kho is a prequel to Hadon of Ancient Opar.

Carey tells the story of the priestess Lupoeth and her band of outcasts exiled by the new Queen of Khokarsa to build a new temple. The motley group of exiles is joined by Sahhindar, the gray-eyed God of archery and time. (gee I wonder who he might be – perhaps a certain time traveler from one of Farmer’s other works that I recently reviewed) .
The band travels to the site of the new temple facing danger from the beasts and other tribes and the different factions within the band. Carey manages to balance the political intrigue with action that makes this an enjoyable read.

I read the entire book in an afternoon and enjoyed every bit of it. The characters are well drawn and the action flows well. Carey manages to sneak in references to several other of Farmer’s other works and themes.
I hear that Meteor House has plans to issue further volumes like this and I am looking forward to future books.
Posted by Brad Mengel at 6:20 PM No comments:

Legend of the Fist; The Return of Chen Zhen (2010) starring Donnie Yen

I have a confession to make I haven't seen Fist of Fury (1972) starring Bruce Lee.  I know, I know it's surprising and it is something I'll have to rectify in the near future.

I had somehow gotten into my head that Lee's Chen Zhen was a real historical figure who fought against the Japanese imperialists but a quick check shows me that I was wrong.  Chen Zhen was a fictional character who has been played my many actors after that including Jet Li and Donny Yen.
Yen first played Chen Zhen in the TV series Fist of Fury.

I saw an ad for Legend of The Fist during SBS Kung Fu Festival and  said I have to watch this.

The movie opens in World War I, where ill equipped  Chinese labourers are caught in the fighting and Chen Zhen is kicking Hun ass in several different ways using a pakour-like style that reminded me of Oliver Queen in Arrow.  When one of Zhen's friends dies, Zhen swaps identities and returns to China.

The film then skips to Shanghai in 1925 whiuch has been divided amongst the other allied nations including Britain and Japan.  Tensions are high and the Japanese are starting their imperial designs.  Chen Zhen ingratiates himself into the Casablanca Club where everyone comes.

When Zhen comes across an attack by the Japanese on a Chinese General, he steals the outfit advertising the movie The Masked Warrior.  The fact that Masked Warrior's outfit looks like Kato's from the Green Hornet probably isn't a coincidence.


Suddenly, The Masked Warrior is facing the Japanese and being a symbol of the resistance.  Kids are wearing masks and mask graffiti appears around the city. Curiously nothing much is made of this where a movie hero seemingly comes to life (The Cape had a similar conceit did a little of this)
The Japanese have a Chinese Patriot Kill List. Interestingly, Zhen is unable to save everyone on the list but and there are some brutal deaths. At the end Chen Zhen faces down the Japanese army brigade as himself with a pair of nunchukas.
This is a great film that homages Bruce Lee and well worth seeing.  It is a Chinese film and I saw the subtitled version.
Posted by Brad Mengel at 8:15 PM No comments:

When last we saw Nikola he had gotten the Chinese Prayer stick.  In Dr Nikola, we discover that he uses it to gain entry to the secret society known as The Three.

In the story he hires Wilfred Bruce, an out of work Englishman in China, to assist him in making their way through China disguised as Chinese men.  In the first book Nikola was clearly a villain, kidnapping young women for the ransom of the Chinese stick, in this book Nikola is more of an adventurer and dedicated scientist.

In 1896, an Englishman posing as Chinese was acceptable (I seem to recall hearing tales of  Richard Burton disguising himself as an Arab to explore that part of the world)  but to modern eyes it comes off as wrong.  I'd be intrigued to see how well received the next Mission: Impossible movie would be if Tom Cruise's Ethan Hunt disguises himself as a Korean to infiltrate North Korea to find some McGuffin.

This felt like a really long book, it took Nikola and Bruce a long time to get to the monastery where the Three reside.  Once there Nikola gains some of their secret knowledge including a new aesthetic.  Then they are discovered to be imposters and they have to run for the final part of the novel.

I prefer Nikola as an honourable villain, while it was interesting to see Nikola in a different light this book wasn't very satisfying.   I wonder what plans Nikola has for his ill-gotten knowledge
Posted by Brad Mengel at 8:32 PM No comments: