With this I finish up the five Dr Nikola books by Guy Boothby.  In many ways Boothby has taken us back to the first book A Bid for Fortune.  Richard Hatteras is traveling with his wife Phyllis and his friend The Marquis of Beckenham who all appeared in the first book. The trio and Phyllis' companion Gertrude Trevor are visiting Venice when they encounter Nikola on the streets of Venice.

Nikola is certainly holding no ill will towards his opponents from five years before and they don't seem to hold anything against him, frequently joining him on social events.

We discover much of Nikola's history as he reveals to his new friend about the South American governor who wooed his mother and then abandoned her.  After the death of his mother, the Governor unknowingly adopted Nikola as the companion for his son.  The son was encouraged to mistreat Nikola and Nikola still bears scars from his mistreatment.

As luck would have it the son, using the name Don Jose de Martinos, happens to be in Venice fleeing from his misdeeds in Central America.  Nikola is taking advantage of this to get his revenge by turning the Don into a beast man.

Through the intervention of  Gertrude, Nikola is persuaded to abandon his revenge and he retires to a Buddhist temple in Tibet.  It is implied that Nikola will try his immortality experiments one more time and that he will age prematurely.

In the first two books Nikola gets away with what he wants.  In the third book, he is thwarted and in each successive volume this seems to keep happening.  I have a fondness for Nikola and even if I disagreed with his methods it was interesting to follow his quest for immortality.

The first book was the one I liked best of the series but Dr Nikola's Experiment was interesting to finally see what Nikola's long term plan was. Nikola has since appeared a few times since this book Doc Savage: Doom Dynasty and The Soldier Legacy's Strange Tales and Sherlock Holmes Dark Detective.  Kim Newman makes a very quick mention of Nikola in Anno Dracula. 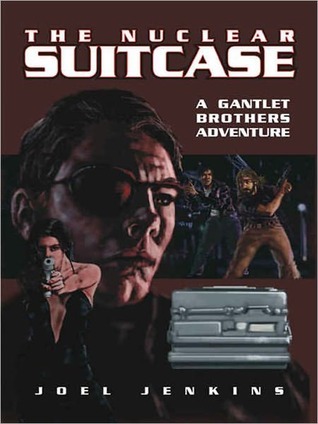 I've hummed and hawed on how to start this review.  I discovered the Gantlet Brothers in the Dillon crossover in "Four Bullets for Dillon".  When I listen to the Pulped Podcast there is an advert for this book.

I really like the idea of a rock band who are also freelance adventurers. It's not one I've seen used often - there was a reference to Britany Spears being a spy in the TV series Secret Agent Man (which adds a whole new layer to her appearance as a fem-bot in Austin Powers: Goldmember).  It's one of those ideas that make you go "Genius, why hasn't someone done that before?"

The Gantlets are five brothers who escaped over the Berlin Wall in the early eighties and who have worked as bodyguards and trouble shooters to help support their music career.

In this their first novel length adventure the brothers stumble onto a plot by a rogue Soviet General to plant several suitcase nuclear bombs with the intent of starting World War III. (The novel is set in the late 80s) .  The adventure starts with the eldest two brothers Fritz and Sly uncovering the plot an then calling in their brothers after the CIA lets them help in the hunt.  This allows the brothers to pair off to hunt down the bombs as well as work a female spy turned pop singer.

There is an appearance by John Velvet from the Dillon series.

Posted by Brad Mengel at 8:55 PM No comments:

In hindsight my review of the previous Dr Nikola novel A Lust For Hate might have been a bit harsh as it establishes Nikola's manservant Ah Sing.  It's a fine adventure story with plenty of excitement. And it offers a different view of Nikola.

However Dr Nikola's Experiment is a full Doctor Nikola novel and is a follow up to the novel Doctor Nikola, in that novel Dr Nikola infiltrated a Chinese Society to steal their secrets and ends up being hunted by their enforcer with one ear, Quong Ma.

In this story, Nikola hires a down on his luck Doctor Ingelby to assist in an experiment.  It appears that not only did Nikola steal the anaesthetic he used in A Lust for Hate but a process for  reversing aging.  Nikola is using the process to experiment on a very aged Don Miguel de Morano.  The experiment is successful physically but what is the mental cost?

It's interesting that in the first two novels Nikola was ultimately successful in his quests, these last two novels have had Nikola thwarted in his plans.  This novel finally reveals Nikola's long game - immortality for himself.

I can't wait to see what Farewell Nikola, the final Nikola novel by Guy Boothby brings us. (After that I'll be reviewing Doc Savage The Doom Dynasty a comic book miniseries pitting Doc Savage against Dr Nikola and The Soldier Legacy's Strange Tales which I've mentioned earlier).
Posted by Brad Mengel at 9:53 PM No comments:

Dillon is one of the premier New Pulp characters and I enjoy reading his adventures.  When I heard the premise of this novel I had to read it - a young Dillon at the start of his career seeking out a mentor to train him,

The hero Dillon seeks out is Jim Anthony Super Detective.  Jim Anthony appeared in 25 tales from 1940 to 1943.  In recent times he's been revived by Airship 27 and Pro Se Productions.  Jim Anthony come from the Doc Savage School of pulp heroes.  He's half Irish, half Indian and all American and is an expert tracker and scientist.  His original adventures were of the spicy variety.

The story opens with Dillon waiting at the New York branch of the Baltimore Gun Club in the hopes of meeting Jim Anthony.  After a discussion between the new hero and the retired one, Anthony takes Dillon to his penthouse apartment in the Waldorf-Anthony when enemies attack.

This is slam-bang pulp adventure where we discover that an old enemy of Jim Anthony is back and even get a flash back adventure to when Jim Anthony first clashed with the German pulp hero Sun Koh. Crossovers and references come thick and fast throughout the book but the pace is so fast it's almost like trying to catch something out of the window of a speeding train.

I would be very surprised if this story was not nominated for a New Pulp Award come next year.  This an amazing book and I would recommend grabbing this. 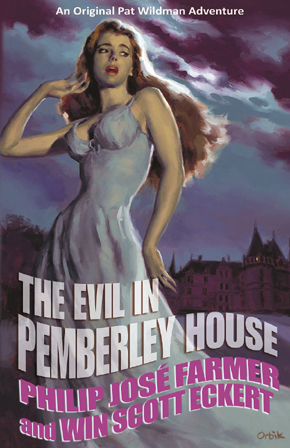 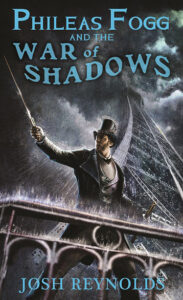 The Great Comic Re-read; The Soldier Legacy by Paul Mason

Back in 2010, I went into Comics Etc in Brisbane and saw this:


I was intrigued and interested enough  to grab a copy.
What we get is not one but two stories. The first story features the 1940's WWII adventures of the masked Digger known as The Soldier in New Guinea.  The back up story is set in contemporary Brisbane and features the grandson of The Soldier fighting crime in the same mask.
I went back a few months later to find issue 2 which I quickly grabbed and then issue 3.
Much to my great joy I saw that Paul Mason was going to be at Gold Coast Supernova and I have grabbed issues 4 & 5 as well as the spinoff - The Soldier Legacy's Strange Tales at various conventions since then.
This is a great series.  The WWII Soldier wears a mask in honour of a young soldier Kirby who saved The Soldier's life and Mason has created an interesting character who acts outside the traditional army chain of command to rescue POWs and stop the Japanese.
The modern Soldier similarly works outside the system and is trying to expose the various gangs causing havoc in Brisbane.
Each issue adds more to what we know about both men, with the revelation in issue 5, that the mask was intended for young Kirby and that Kirby was one of a long line of Soldiers dating back to the early militias.  Part of The Soldier's mission is to pass the mask onto Kirby's brother Chris.  Chris Kirby appears at the end of issue 5.
This addition to the back story allows for tales of past Soldiers and Strange Tales reprints the three part Doctor Nikola/Soldier Legacy crossover set in 1887 by Mason and Chris Sequeira which appeared as a back up in Sherlock Holmes: Dark Detective issues 7-9.  This Soldier serves in the Victorian Mounted Riflemen (as can be seen by the VMR on his epaulets) which was the first to wear the slouch hat. (I will talk more about this story later as I finish the original Nikola stories)
This is a series that is worth supporting - even YOUI insurance thought so when they ran this ad
YOUI Insurance Ad   This was a national campaign filmed in King's Comics in Sydney.
If you live in Australia get your local comic shop to order these from Black House Comics.
Internationally they can be ordered through www.blackboox.net
Mason is a good illustrator with his work appearing in the new Human Fly comic.  His style is slightly cartoon and would work well in an animated format.  He wears his influences proudly Kirby, Ditko, Everett, Buscema, Heck and Romita are all referenced in the first issue. As much as I enjoy his artwork I've found that his writing is just as good.
I look forward to seeing where the two stories go from here and how the Legacy continues.

Posted by Brad Mengel at 3:10 PM No comments: